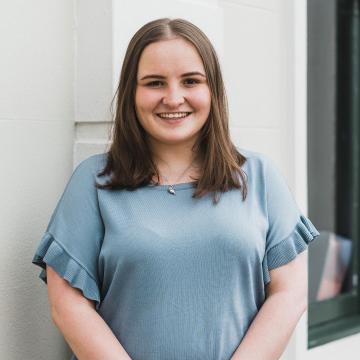 Caitlin is Otago-Southland born and bred having attended Wakatipu High School and then the University of Otago. Caitlin earned her stripes with Mactodd when she worked in the office after school, so it is fitting that she has now returned as a Solicitor.

Caitlin completed her degrees in Law and Commerce (majoring in Economics) in June 2018, and joined Mactodd in July 2018.

She works predominantly with Clark Pirie in the Commercial team and also assists our Resource Management and Litigation teams. She is particularly interested in all types of conveyancing and commercial transactions, but she enjoys the wide variety of work that comes her way.

Caitlin has enjoyed returning to the Queenstown community after studying in Dunedin for 5 years. Outside of work Caitlin enjoys baking, water-skiing and watching ice hockey in the winter months. She is also a trustee of the Wakatipu Youth Trust and a member of Queenstown Young Professionals.