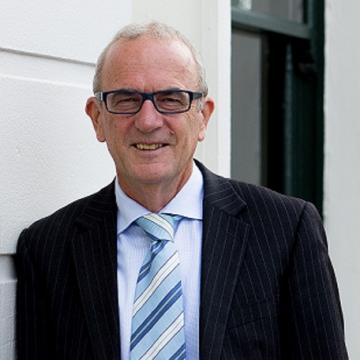 Richard has recently stepped down as a Partner but continues to provide valuable advice, guidance and mentorship to the litigation team here at Mactodd.

Richard has extensive experience in all aspects of commercial litigation having acted on complex multi-party construction/contract dispute claims, insurance and trust litigation. He has appeared in all Courts, including the District and High Courts, and also when necessary in the Court of Appeal and Supreme Court. He appears in the Employment Court and Employment Relations Authority and before various professional disciplinary bodies.

Richard has considerable experience in alternative dispute resolution and in particular negotiation and mediation, as well as arbitration, the adjudication process under the Construction Contracts Act, and acting on claims before the Weathertight Homes Tribunal. He has experience in debt recovery and insolvency and in the “not for profit” sector.

This experience is complemented by extensive experience in local government law as well as public and administrative law. Richard provides high level litigation support for the firm’s resource management team. His public / administrative law experience includes acting on judicial review applications for local authorities, drafting a Private Act of Parliament, advising on the process and appearing at select committee hearings.

Richard’s local government experience includes having acted for local councils in and around the Canterbury and South Canterbury regions, and more recently the Queenstown Lakes District, Central Otago and Gore. His experience in this area extends to providing advice to local authorities on risk management, governance issues, duties and obligations under the Local Government Act, drafting bylaws, Public Works Act issues, roading issues, drafting and reviewing contracts, acting on disputes, arbitrations and providing employment advice. He has undertaken successful local authority prosecutions under the Building Act 2004 and the Resource Management Act 2001.