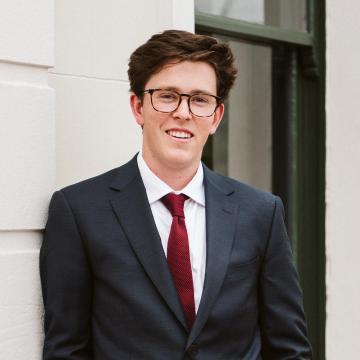 Oliver is an Otago local having grown up and completed his studies in the region. He is a proud graduate of both Wakatipu High School and the University of Otago.

Oliver completed his degrees in Law and Science (Majoring in Geology) and graduated in May 2019. He completed his professional studies in June and became a Barrister and Solicitor of the High Court of New Zealand in September 2019.

Oliver works predominantly with Clark Pirie in the Commercial team but also assists our Resource Management team. Oliver works on a variety of matters including residential and commercial property transactions, first home buyers, commercial leasing, refinancing as well as wills, estates and enduring powers of attorney.

Outside of work, Oliver enjoys playing golf, hockey and basketball, as well as going snowboarding and tramping.